I’m a firm believer that music and travel go hand in hand. There’s the music you bring with you, from the playlists you create for that upcoming road trip to the soothing tunes you listen to as you begin to fall asleep. Then there’s the bands, drum circles, orchestral performances, music festivals and venues that are travel destinations themselves. The topic of music is also a great conversation piece, and I’ve discovered more than a handful of great bands from fellow flashpackers that I still listen to today. St Vincent rocks the house at Stubbs in Austin during the 2014 South by Southwest conference.

Because I’m always on the lookout new and interesting music, I’m going to be starting a semi-regular post on here that addresses travel related to music. My hope is to tap into the travel blogging community to have other frequent travelers tell a little story about a music experience they’ve had and pass along some suggestions on music to seek out. I also want to start a collection of playlists that you can add to your Ipod or spotify for your next trip. Whether you are a blogger or reader, if you’d like to participate, send me a response to the three questions below and I’ll share these as they come in. 1) Tell us about one of your favorite music-related travel experiences abroad.

I spent the summer of 2009 in Ibiza, dance club capital of the world. I initially planned on tending bar but couldn’t get a legitimate work permit and instead talked my way into working as a photographer for the British version of a French website that covered the clubs. My goal when I arrived was to visit each of the “big six” clubs at least once before summer’s end. Within a month I was at a different club 5-6 nights a week, fraternizing with the DJs, dancers, and clubbers that blurred one chaotic night into the next. Ibiza is a house music lover’s dream destination, but is great for anyone into any form of electronic music. The clubs attract top-of-the-line talent and the nightly line-ups make for a mini-festival every evening. On top of the crazy line-ups, you have million-dollar sound and lighting rigs and some very talented dancers and performers round out the show. On top of the musical offerings, a visit to the island of Ibiza includes great beaches, quaint spanish villages and gorgeous people. 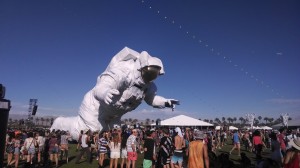 Coachella’s Spaceman from the 2014 festival.

2) Since we all have different backgrounds, make three suggestions for the musically inclined traveler to check out.

Top of my list, by far, would be to attend the Coachella music festival in Indio, California. Held on the middle two weekends of April, this festival is my favorite time of year and I do everything I can to attend. Having attended all but three of these since they began in 1999, I’ve seen it grow from a two-day weekend with three stages into two three-day weekends with 6 stages. There is always something for everyone and they somehow manage to improve the festival year after year. In 2014 they added a first class beer garden to the mix and odds are good they’ll improve upon that next year. 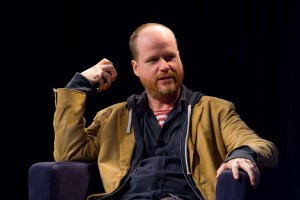 Joss Whedon discusses “A Cabin in the Woods” at South by Southwest in 2012.

Another suggestion for flashpackers interested in music is to head out to Austin for South by Southwest (aka. SXSW). Music makes up one-third of this massive conference, which also focuses on film and interactive (internet and business). This is probably the only place in the world where you can go from listening to Edward Snowden discuss the NSA live via satellite to watching a Q&A with Joss Whedon after a screening and finish the day at one of 80 music showcases that take place all over downtown. If you’re into learning and the blending of various cultural areas, this is the place to be. Musically, my preferences change from day to day, activity to activity. A few suggestions based on what I’ve been exposed to lately include “Caravan Palace”, an electric swing group from France, “Chvrches”, a synth-pop group from Scotland, and “LCD Soundsystem”, a now defunct alternative dance band from New York City. You won’t be able to catch LCD live as they broke up a few years back but I wanted to include it for anyone who hasn’t yet been exposed to them. 3) Give us a great 10-song playlist and include the context in which we should listen to it.

What do you listen to while traveling? Have you ever traveled outside town exclusively for a concert, festival or other performance?