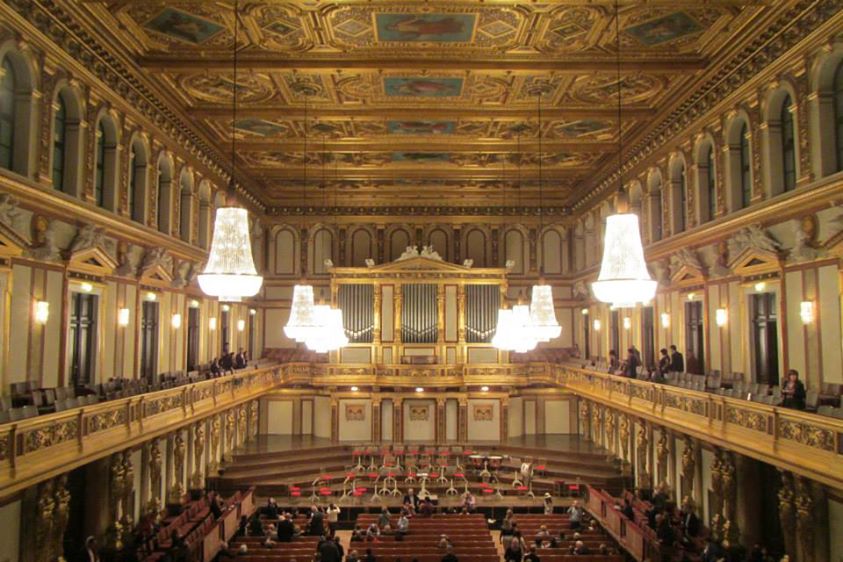 This is the first of what I hope to be many posts by fellow travelers on how music plays a role in their travel.

My first interaction with Jeremy Jones was through a project he started called Photo Roulette – a contest of sorts about sharing great images and connecting with other bloggers and their readers.  I finally met him in person in Toronto during a conference and we’ve kept in touch ever since.  Here is his response to my original Music and Travel post: Beethoven’s Grave at the Vienna Cemetery.

Tell us about one of your favorite music-related travel experiences abroad.

To pick just one, we’d say the city of Vienna as a whole. It is all about the classical scene- we thoroughly enjoyed the interactive exhibits at the Haus der Musik, Beethoven’s Residence at Pasqualati, and the graves of the famous composers at the Vienna Cemetery. If you time your trip right, and buy tickets well enough in advance, you may even be able to see the Vienna Philharmonic or the Mozart Orchestra in one of the most beautiful concert halls on the planet (we saw the latter but will be making a special trip in the future to see the former).

Since we all have different backgrounds, make three suggestions for the musically inclined traveler to check out.

One of the bands that we’ve been into recently is The Punch Brothers. Their music is best described as bluegrass, but they play far too many genres to only pick one (Radiohead covers, anyone?). The singer, Chris Thile, is a world famous mandolin player who recently won a MacArthur Fellowship, or “genuis grant”, for his musical abilities. Recommended songs to start: “Rye Whiskey,” “Who’s Feeling Young Now?,” and “Hundred Dollars.”

For a second recommendation, you must travel to Lake Titicaca in South America. There seems to be celebrations all the time here, for no other apparent reasons than because they can. But when they do throw a party, they really get into it as the music, beer, and performances go all day and all night. We’d go as far as saying that it is one of the last few cultural performances that is done for fun and not just for the tourists.

The Cathedrals in Europe are one of the most visited attractions, but you may not know that many of the large ones have frequent concerts to show off their incredible old, and working, pipe organs! Check out the flyers posted near the entrance to see if a concert is scheduled during your visit, because hearing an organ in a gorgeous church is pretty amazing. Best of all? The shows can be free!

Give us a great 10-song playlist and include the context in which we should listen to it.

I would call this a travel inspirations list because the songs mention either a destination, emotion, or experience you can have while traveling and make you just want to get up and go: Jeremy writes for the travel blog Living the Dream, a long-term travel planning resource that is designed to help others get out and explore the world for months or years on end.   Since founding the site in 2008, Jeremy has visited 62 countries and shares first-hand tips, detailed spending logs, and advice not found anywhere else.  His first self-published book, The Long-Term Traveler’s Guide, was released in 2012 in Print, Kindle, Nook, and iPad formats.

After each of these posts I will also post my own playlist inspired by the stories or playlist above.  This playlist is part travel inspiration, part get-off-your-ass and go.