The 84th Annual Zilker Park Kite Festival was held on Sunday, March 4th in Austin, Texas. You couldn’t have asked for a better day with all the sun and wind anyone could ask for. Under an umbrella of thousands of kites, the festival offered the usual American-festival goodies like games and face-painting for the little ones, rockwalls for the older ones, and food trucks and funnel cakes for the adults. They also had contests that included strongest pulling kite, most unusual kite and largest kite. Here are some of my favorite images from the event. 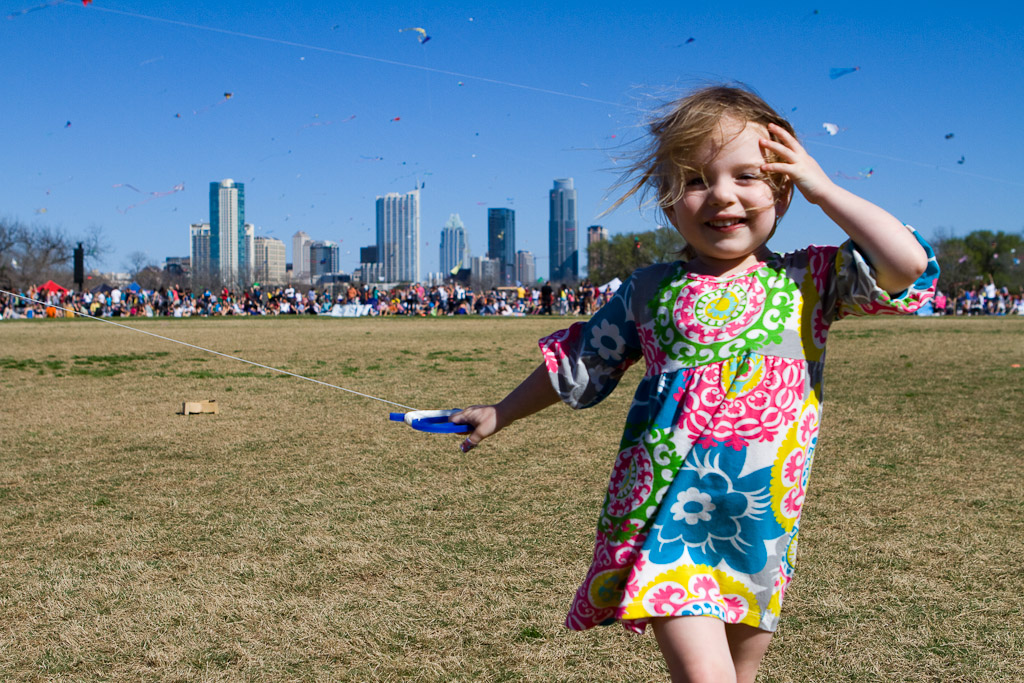 This two-year-old won the award for "youngest contestant" and, much to my delight, also seemed to have a fondness for the camera. The winner of the "oldest event contestant" award, this 84-year-old kite lover was the operator of the Mary Poppins kite below. 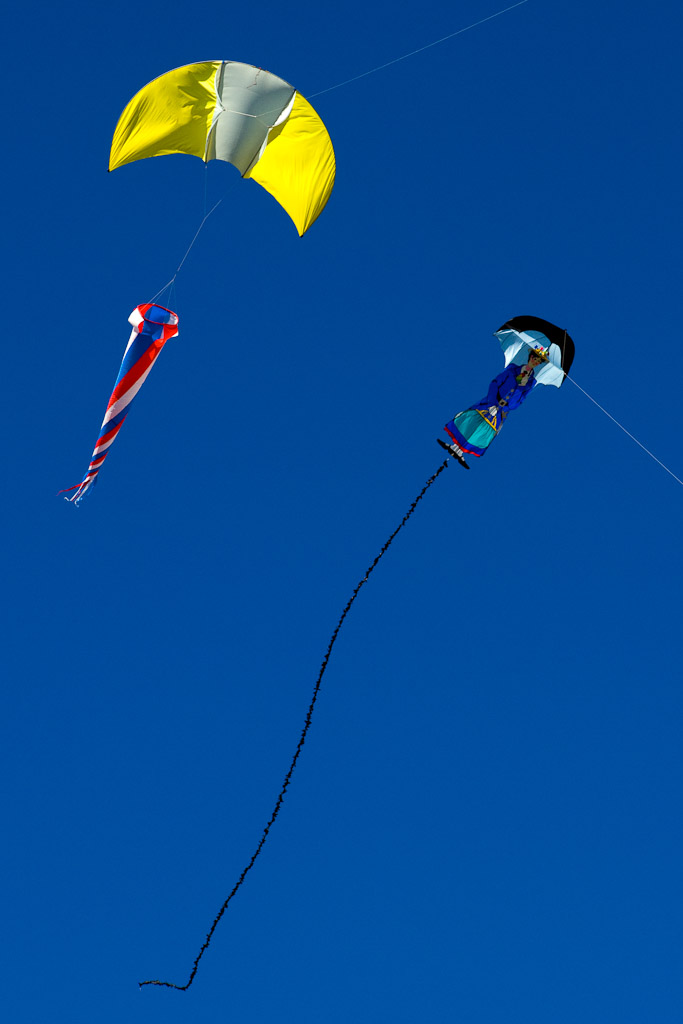 These two kites were both entrants in the most unusual category. I loved the way the yellow one's "fins" moved just like a ray swimming under water. 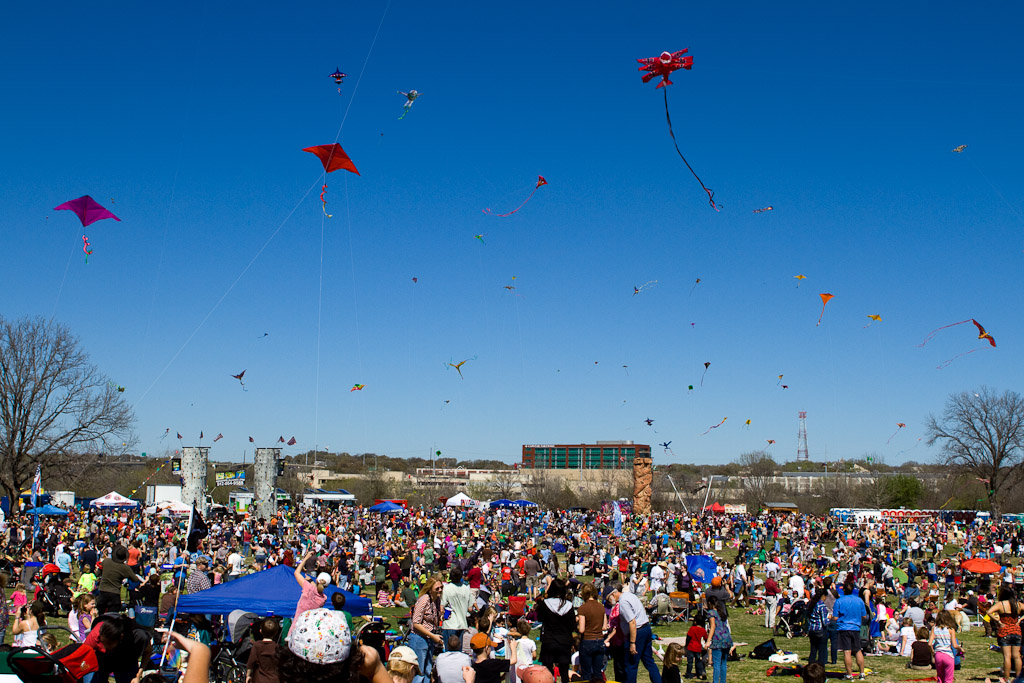 This area covered about 1/6th of the overall park and gives you some idea as to the amount of people attending the festival. One of the more interesting kite shapes I saw amongst the thousands at the festival. Every kite starts low and rises, and this angry bird is no exception. Question: How many kids does it take to control a kite? Answer: It takes four kids to run a kite. The anchor of the four children above contemplates the spool. Judging the "strongest pulling kite" contest required special equipment and the kites that were entered for this contest were massive. This contestant for Largest Kite barely made it into the air for the one minute that was required of it to compete. Most of the entrants for the contests seemed pretty hardcore about their kites, and that definitely includes this gentleman. All of the kites entering competition had to be hand made and this was the winner of the most unusual category.